Mixed-use complex Zátišie : In accordance with the surroundings, at the service of residents and tenants

After the successful completion of the Rezidencia Na Kolibe residential project, we continue our efforts to create added value with a new project. The task of the multifunctional Zátišie complex is to restore the neglected space opposite Kuchajda, and thus bring something new, beneficial to the site. The complex consisting of a dominant high-rise office building, a smaller boutique office building, a business hotel, a green courtyard and a pleasant square will create a smaller local center for its future residents.
Share the topic
Facebook shareTweetLinkedin share

The business card of a good developer is his ability to see the potential even where it is not quite obvious at first glance. The Bratislava Zátišia complex is currently made up of neglected land, old administrative buildings and warehouses. The number of billboards creating visual smog also does not add to the attractiveness of the area.

The Zátiší multifunctional complex has, not only from our point of view, but also according to the opinions of local residents, the ambition to bring many benefits for the entire city district. The priority of the project is to revitalize the area, bring a better environment for life and sensibly develop a place where it is dilapidated and neglected. In addition, bring more security and new services for neighbors. The proposal itself is based on the principles of sustainability and reflects the requirements of the city. It is designed in accordance with the zoning plan of the city of Bratislava and even includes the construction of the 1st stage of the planned extension of Tomášiková Street and the reconstruction of the Tomášiková – Vajnorská intersection.

The Zátiší multifunctional complex on a territory of more than 11,000 m2 will provide a pleasant environment for work, space for temporary accommodation, and other elements of civic amenities. Everything is arranged so that we maximize the benefits and comfort not only for future workers, visitors, but also other people from the area.

Following the belief that the project is of good quality only to the extent that it’s public spaces are good, the central element of the Zátišie complex is the square. By locating it between residential and administrative blocks, we have prevented the influence of the main sources of noise, but at the same time, it still offers a pleasant urban atmosphere.

With the optimal size (30 m in width and – 35 m in length, so that meeting people can recognize their faces from one side of the square to the other) this public space will have, in addition to plenty of greenery, water, and urban furniture. During free time, visitors will be able to enjoy coffee in one of the cafes or a good meal in the planned restaurant or bistro. By including these attributes, Zátišie offers good civic amenities for future workers, visitors, and residents of the surrounding area.

Civic amenities will be complemented by housing

From the beginning, we approached Zátišie comprehensively. We created a functional urban concept, which we consulted with various institutions and experts. We have thus set the principles for further development even for cases where more investors are involved in the site. The Zátišie multifunctional complex is the first stage of the entire zone and is dedicated primarily to civic amenities. Its dominant feature will be an office tower with a height of 64 meters, located directly towards the intersection of Vajnorská and Tomášikova streets. It will include 15 floors above ground and 2 underground floors with a total of 244 parking spaces.

In addition to the high-rise building, in the first phase, we also have a smaller administrative building with six above-ground, two underground floors, and 112 parking spaces. In both administrative complexes, there will be enough space for job positions in the future.

The third building in the first phase of construction is a business hotel. It is designed in cooperation with foreign specialists in the hotel market to meet the conditions of hotel operators in relation to the location. Its inclusion in a multifunctional building is of strategic importance – it will help solve the currently very current issue of temporary housing.

In addition to 8 above-ground and 2 underground floors, 247 rooms, and 116 parking spaces, the hotel offers not only its visitors but also residents and employees a space to relax. We have implemented a wellness, fitness studio, and bicycle rental in the equipment of this building.

In the second phase of site development, residential buildings will be built. Their basic principle will be a high-quality layout of apartments and a connection to high-quality public spaces of the 1st phase, while it will be extended by another green courtyard.

From the point of view of architecture, we have included timeless and at the same time decent elements in the development development, which will refresh, but do not significantly disrupt the visual character of the site. The resulting spatial solution is a combination of all our set goals. We managed to preserve the unity of the locality and refer to the block of flats, which is typical especially for the localities around Vajnorská street. At the same time, Zátišie reasonably complements the city’s facilities with its function, helps it to develop appropriately, and contributes to increasing the amount of greenery. The architectural solution of the project gives the complex a complete identity and at the same time leaves enough open space between the individual buildings 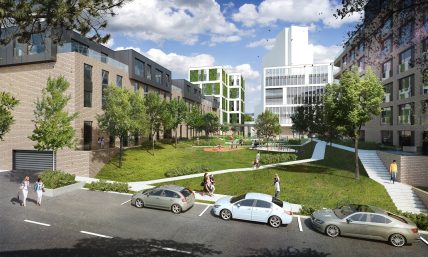 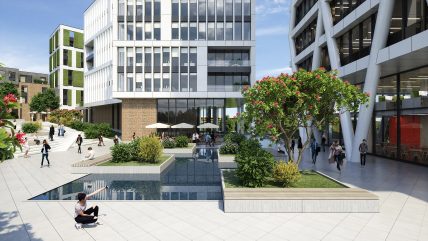 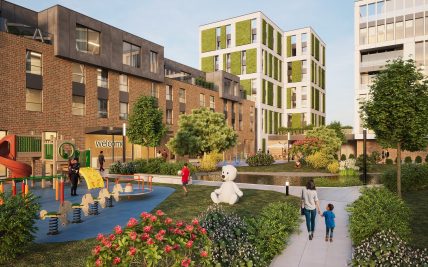 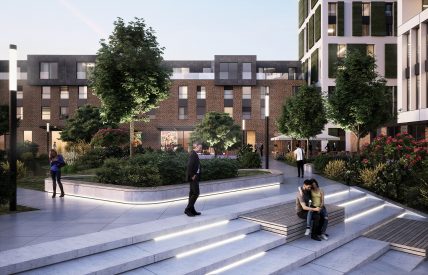 As part of creating added value, we want to be as environmentally friendly as possible. The entire multifunctional building thus has a lot of greenery both in the exterior and in the interior of office buildings. We also plan to use renewable energy sources in the project so that we can achieve energy efficiency and long-term sustainability.

In connection with sustainability, we follow the current upward trend calling for the improvement of conditions in office spaces. We know from our own experience that a person working in an enclosed building needs optimal conditions to give the expected performance. With quality architecture and the implementation of sustainable resources, we can ensure suitable conditions for workers and thus support the well-being of future employees in the Zátišie building.

The territory of the 4th Quadrant near Milan Rastislav Štefánik Airport is not a new project. Since 2015, the development of this area has been...

Wine House is two years of work that no one will see. How many projects makeup one completed?

With the sun's rays on his face all day, surrounded by greenery and vineyards. With the city within reach but at the same time far...

If we were to determine which part of our country is the industrial and logistics center, we would certainly look west. The location offers several...